The Apache eCharts project is a web-based charting library. It was started in 2013 and built using 77.5K lines of TypeScript. It is well documented and has over 200 examples of its API's usage. The examples allow you to toggle between light/dark mode and there is a cheat sheet and a theme builder with several tasteful presents to choose from.

A few of the examples that stand out to me include:

In this post, I'll explore rendering eCharts using a Python wrapper and converting them into static images using Chromium.

I'll install Python 3.9 and a few other dependencies used in this post via Homebrew.

I'll then set up a virtual environment that will be used to contain pyecharts, a Python wrapper for eCharts.

Work started on pyecharts back in 2017. It's made up of 6,379 lines of Python and has seen a little under 50K downloads off of PyPI in the past month. The author of this library also ported it to GoLang.

I'll pull down a 6KB, JSON-formatted dataset from the eCharts project. It lists several energy sources and describes their lifecycles.

There are two sections of interest in this file. The first is the nodes section which lists each energy source. There are 48 in total. Below are a few examples.

The second is the links section which describes the relationship between each of the nodes. There are 68 links in total. Below are a few examples.

I'll build an HTML file using eCharts' Python wrapper. It'll contain the above dataset and a call out to the eCharts JavaScript library being hosted by the pyecharts project. The following code was fashioned from pyechart's documentation.

Below is a screenshot of the chart produced. 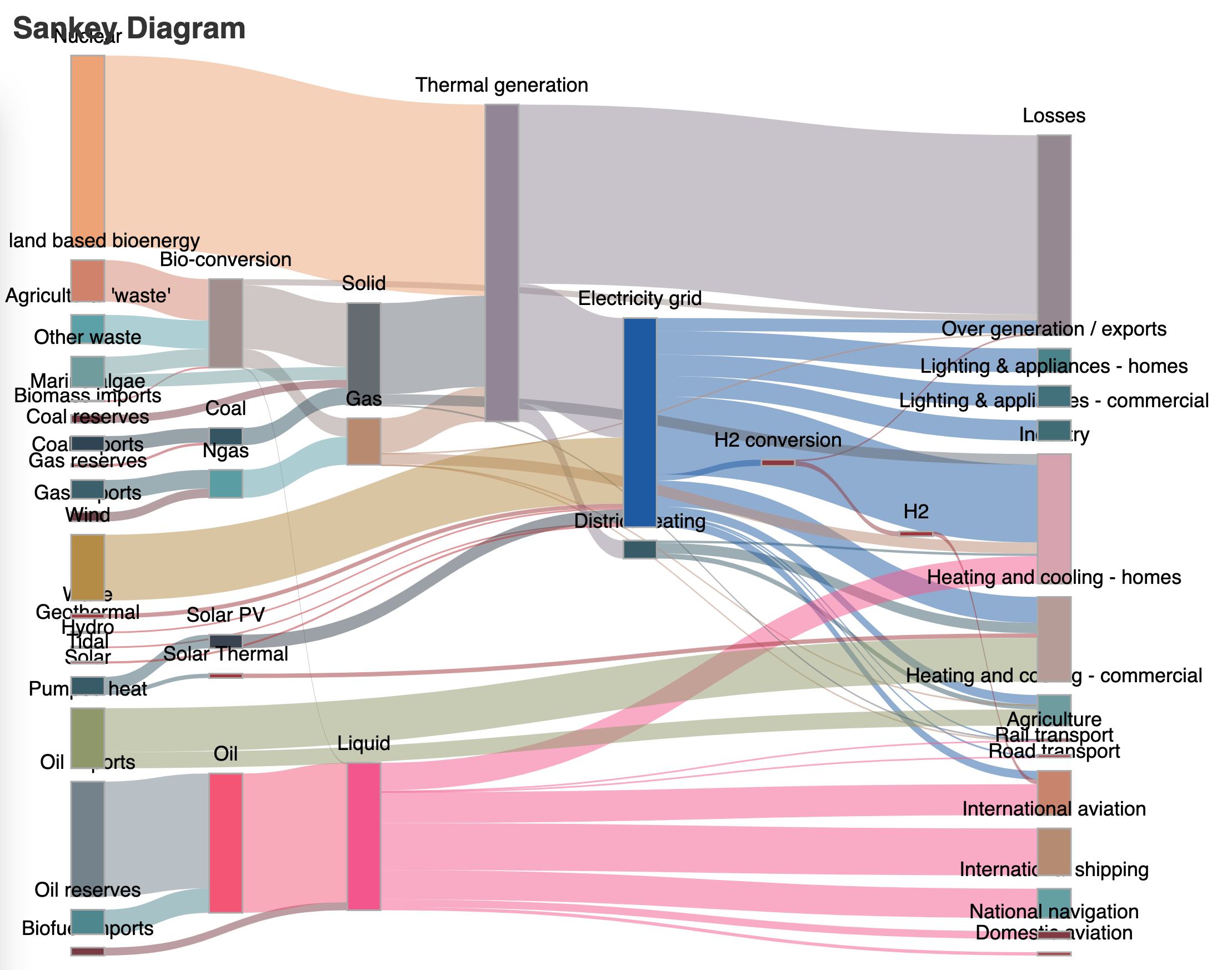 The chart's HTML file can compress down to 2 KB with GZIP. The chart is rendered on a canvas element and supports tooltips. If it's opened with Chrome, the chart can be saved to a 439 KB PNG with a transparent background directly from the browser. Canvas renderings are pixel-based so if you Zoom into the chart you will start to see artefacts.

There is a snapshot library for pyecharts that allows you to convert the HTML produced by the library into formats like JPEG, PNG, PDF and SVG. The library hasn't been updated in two years and I discovered it to be broken with Python 3.9. I've raised a pull request with a fix but until that code makes its way to PyPI I'll install my fork of the library.

The above produced a PNG that is twice the height and width of the original chart specified. I'm not exactly certain of the reason behind this but the image renders nicely on my MBP.

The snapshot library contains 687 lines of Python and wraps the ~10K-line pyppeteer project. This is a headless Chromium automation library. When it is called, it'll download Chromium if it isn't already installed. I examined the distributable it pulled down onto my MBP and it was a little under 87 MB.